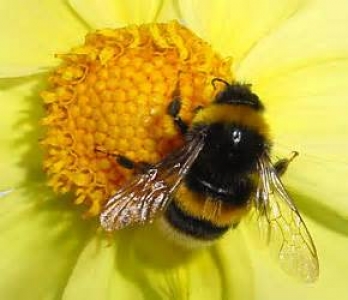 (Beyond Pesticides, May 3, 2016) In a bipartisan victory for bees, last week the Connecticut House of Representatives unanimously (147-0) passed a wide-ranging bill aimed at protecting declining pollinator populations within the state from toxic neonicotinoid (neonic) pesticides. Bill No. 231, An Act Concerning Pollinator Health, was also passed unanimously (36-0) through the Connecticut State Senate on April 21, and now goes to Governor Dannel P Malloy for his signature. Earlier in April, both houses of the Maryland legislature passed the Maryland Pollinator Protection Act, which is currently awaiting action by Governor Larry Hogan (R).

Connecticut’s bill addresses a broad range of concerns relating to pollinator health, from pesticides to parasites and habitat remediation, within both residential and agricultural settings. In

summary, the bill does the following:

Connecticut’s bill includes actions that are important steps to reversing the decline of both native and domesticated pollinator populations. However, in order to effect a change in fortune for these important animals, more states and localities must act to restrict the wide range of pesticides shown to harm pollinators, as communities like Montgomery County have done. At the federal level, the U.S. Environmental Protection Agency should immediately suspend the use of neonicotinoids as it completes its risk assessment on these chemicals. For more information on how to organize in your community, and what you can do right now to safeguard pollinator populations, see Beyond Pesticides’ BEE Protective webpage.

All unattributed positions and opinions in this piece are those of Beyond Pesticides.